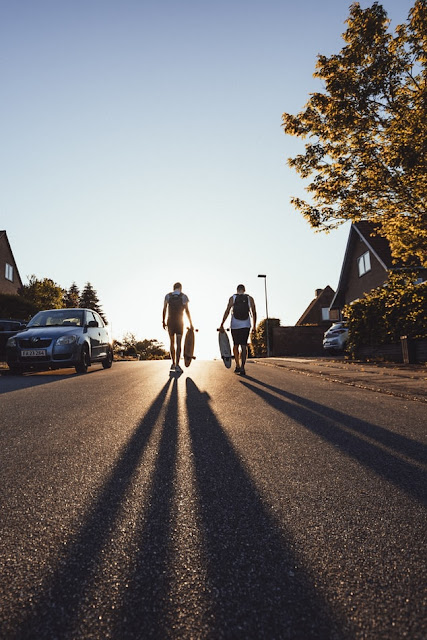 I love the idea of simply Tuesday, even years later.  For anyone who doesn't know, Emily P. Freeman wrote a book years ago with this title, and the thought behind the whole book is small living moments among a very fast paced world.  This resonates with me because I am a people person.  I am an introvert, but I'm also sort of an extroverted introvert.  I love people.  I love making connections with them.  I love getting to know someone, and I love hearing their stories.

Over the weekend, I mentioned that an old neighbor had stopped by to talk while he was in town checking on his house that he owns as a rental property.  Truth be told, we didn't know him or any of his family well at all while they lived here for the two short years we were neighbors.  As our kids grew older, I stopped going outside so much.  When they were young, I was needed to monitor them as they played in the front yard with all the kids in the neighborhood.  All that started to change, though, and the owners who had lived in the house next door to us before he and his family were some of our very best friends in all of the world.  I had a terribly difficult time saying goodbye to them, in fact, I didn't.  Katie and I just looked at each other and kind of walked away, because we hate goodbyes.

When Katie and Travis lived next door, I kid you not: we were back and forth so much that there was a path between our houses.  We swam in their pool all the time, we knew the ways into each other's houses, we camped with them, we were the very best of friends.  Daniel and his wife Yvonne moved in, along with their three daughters, and though we talked some, it wasn't the same.  I could hardly look at that house without crying after Katie and Travis moved.  The "new" neighbors (at that time) were nice, we just never clicked.

On Saturday, Daniel was back in town to check on the house.  Though they moved within a couple of years, they kept the house as a rental property, and when he saw our sons out Saturday, he asked if we were home.  He said he would stop by later to chat, so we kind of carried on with our day.  He finally came over, and stayed a whopping three hours!  It was so good to talk to him and, sadly, to get to know him.  I expressed my sorrow at not having known them while they were here, but he was quick to remind us that it wasn't just us, that as dual citizens of the US and Germany (where they're all from), he wasn't used to being friendly yet at that time that they lived here.  They moved here in 2012, and he told us that in Germany people don't speak to one another, and especially not kindly.  They were very introverted when they came here, and though we did get to know them a little, it was almost too late at that point.

The afternoon was really nice, and we talked about everything under the sun.

I guess all of this has a moral to the story, and that is to not let time go by before you get to know your neighbors.  We need to take every opportunity to get to know those who live around us, because we never know when it'll be the last time we see them.  Over the years, we've had a lot of neighbors.  In our sixteen years of living here, the house next door that I'm talking about has had four families live there.  Across the street, we've had three families live there.  We've lost neighbors all around.  On the street right here around us, we are one in four who have stayed put, and we've had several deaths around us.  Our beloved friend Mr. Paul died years and years ago, and more recently Mr. Jim down the street lost his wife to cancer.  We talk to these neighbors still, when we see them.

It's good to be friendly.  Jesus was friendly with people, and the Bible talks about how He was always moved to compassion.  For those of us who are believers and followers of Him, we need to be that same way.  I hope this was a little food for thought.  I know Saturday was for me.

Thanks for reading, friends.  Love to all.

Oh my - this is convicting to me. In our neighborhood, the garages are in the back of the houses...along an alley type driveway. People come and go through their garages and out of the back of their homes - and we can go months (well, a really long time) without even seeing half of the neighbors! It takes effort to connect with the neighbors and, sadly, I often do not make the effort. But I really should - thanks for the reminder. And so glad you had another chance to connect with your former neighbor!! Great story!

It was convicting to me too, on Saturday when he was here. I said that to him, and apologized for not getting to know them when they lived next door. He said he was sorry as well, and was gracious in doing so. There is a book on this topic of hospitality and being neighborly that I want to read, and it's called The Life Giving Home by Sally Clarkson. There's another one too, but I can't remember the name of it. I can see how it would be even harder for you, with your driveway and garage behind your house. I definitely need to work on this more. Thank you for taking the time to read!