I lost count on how many trips Missy and I have been on together now, but it all started on December 7th, five years ago.  I was walking through a personal tragedy with my bonus son Alex after church one Sunday and standing outside of my car bawling like a baby in the church parking lot, and Missy, who did not know me from Adam, dropped her purse and bags on the ground and enveloped me in a hug.  She doesn't even like hugs, much less when it's a stranger, but she saw me in distress and stepped in to wrap me up in her arms, much like I would imagine Jesus being like when He walked on this earth.

Todd told her to "just take me somewhere", and she picked McAlister's, and thus, a bond was formed and a friendship turned sisterhood began.  I thank God for her all the time, and what a perfect way to celebrate the day it all began, by making a day trip to Jackson, Tn.  (Most of our trips were church trips to camp with teenagers, two for two summers in a row, and youth events for weekends, a camping trip with a bunch of teenagers, and a trip to Nashville with youth leaders one time.  On our own just the two of us, we've been to Dallas, Bentonville, Arkansas, Nashville & Franklin for a day trip, and Jackson for two years in a row at Christmas.)

I never want to stop traveling with her, but this Christmas trip to see our favorite worship leader at his church's Christmas program may be my favorite.  When we planned this trip, we had no idea it was the anniversary of our friendship starting, but it was perfect.  Somehow we went from "acquaintances" to being the type of friends who talk on the phone almost every single day, sometimes even multiple times in each day.  We love all the same things and dislike all of the same things.  We don't always have to say something when we're together, but when we're together, we also never run out of things to talk about.  I couldn't even tell you what all we talk about, but traveling to and from Dallas together, in all those fourteen hours spent riding together, we never ran out of topics.  I think we know just about everything there is to know about each other.

Here's what our day looked like on Saturday.  I picked her up at nine thirty, we got some breakfast to go, and we hit the back roads to Jackson.  Our first stop was at a Mennonite bakery called Backermann's. 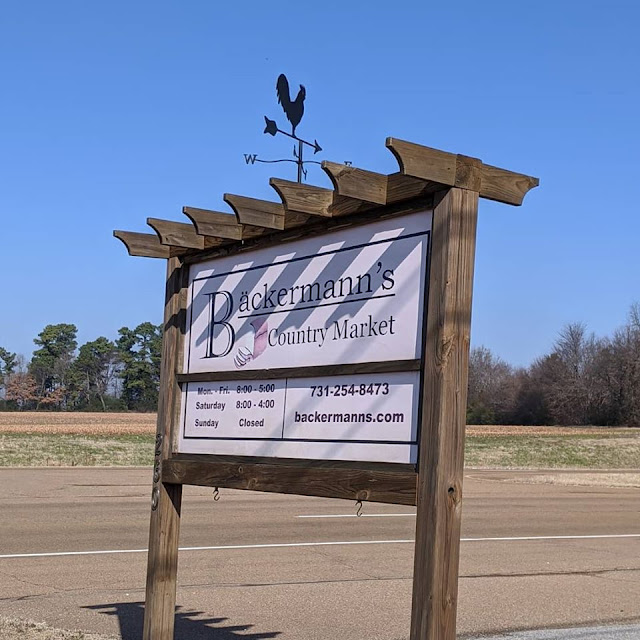 We shopped some and treated ourselves to a fried pie, which we ate as soon as we got into my car.

There was a petting zoo behind the store, and we did that, too. 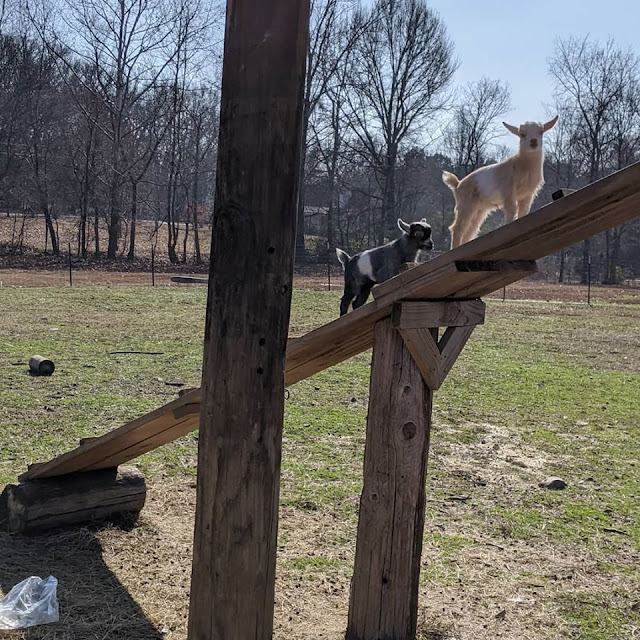 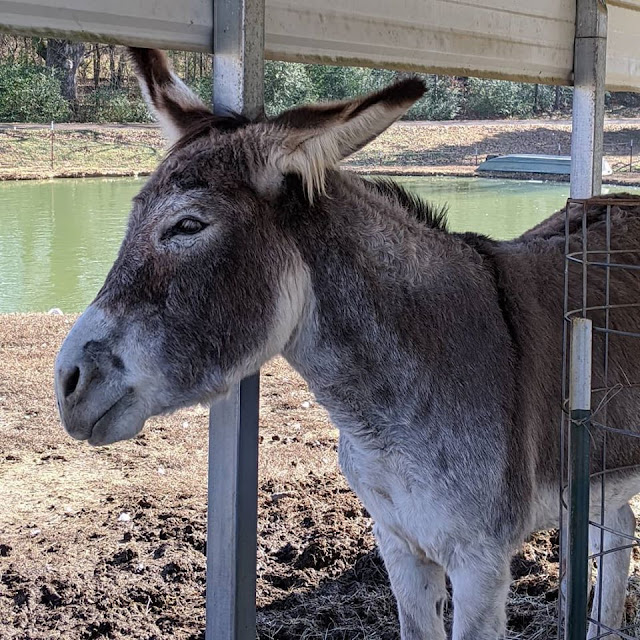 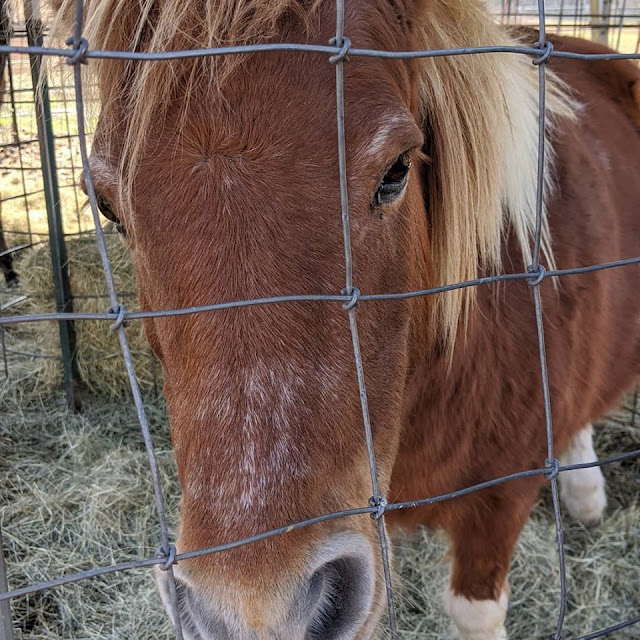 And then we smelled like goat for the rest of the day.  Seriously, the stench wouldn't come off our hands, even after multiples washes.  At some point, it did fade.

We went to Belk in Jackson after this, and did some Christmas shopping.  I bought myself a new black shirt to wear for choir, and Missy bought a new sweater for herself.  We ate some of the bread we bought at the bakery for a snack to sustain ourselves, then went to Trees and Trends. 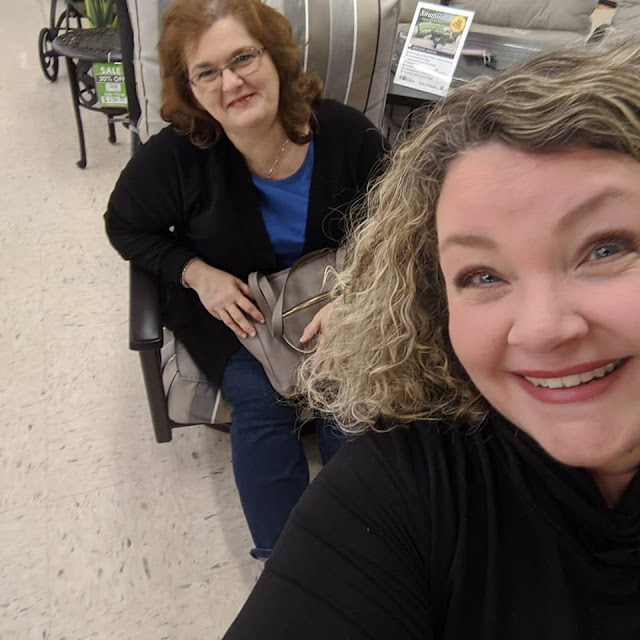 We found a spot to sit for a while, then we continued on.

After this, we went to a bookstore and didn't buy anything, and then I felt kinda sick and in need of some real food, so we ate "dinner" at three thirty at The Olive Garden.

We changed clothes while we were there before we left for the concert, then drove around a bit and stumbled upon Union University.  I've never been there before, but the campus is gorgeous. 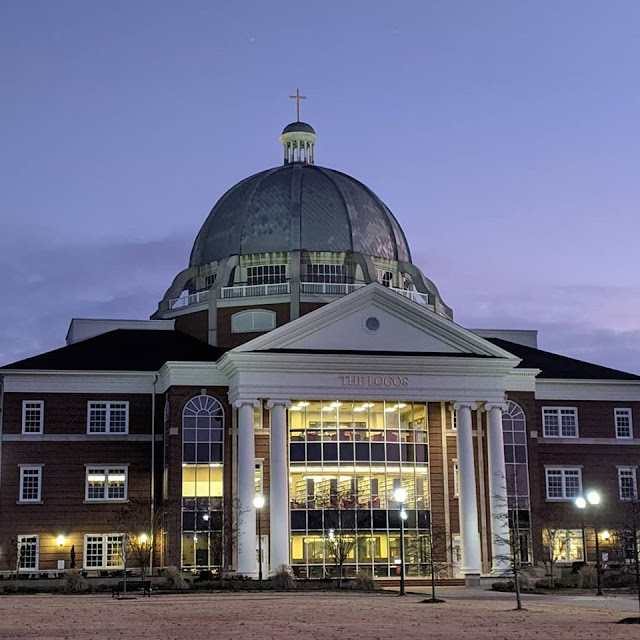 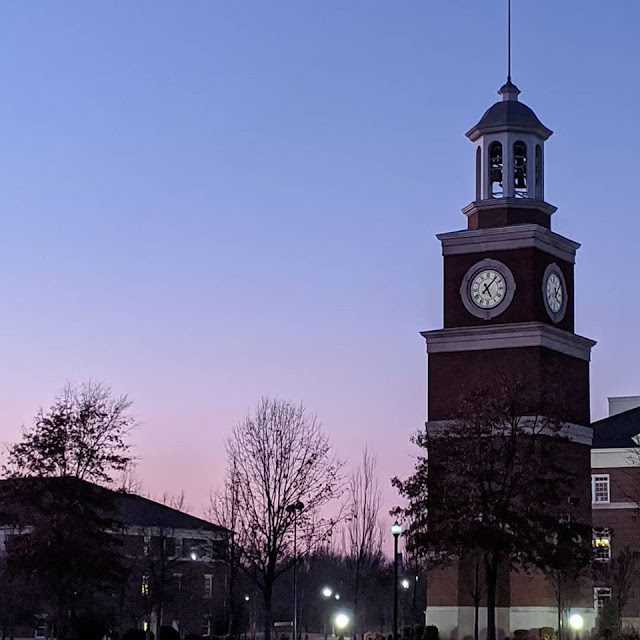 These buildings are the library (The Logos) and the watch tower, which I thought was so pretty.

We decided to go ahead and drive to Englewood Baptist Church to get in line, so we could get a good seat. 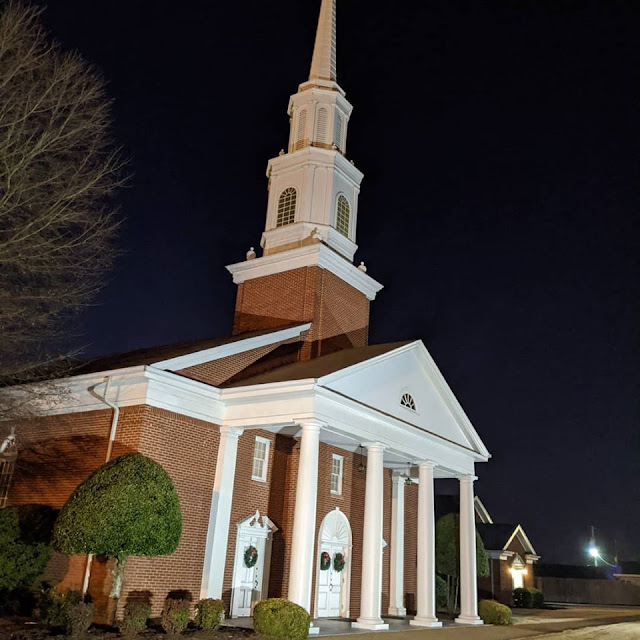 I love a church steeple. 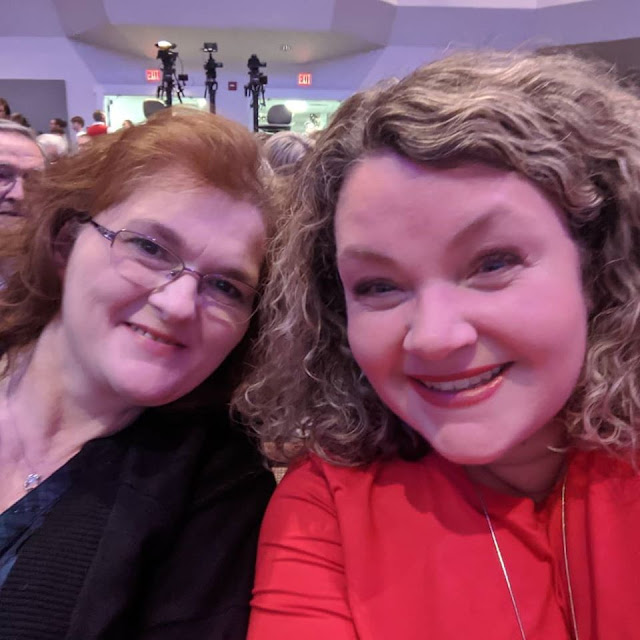 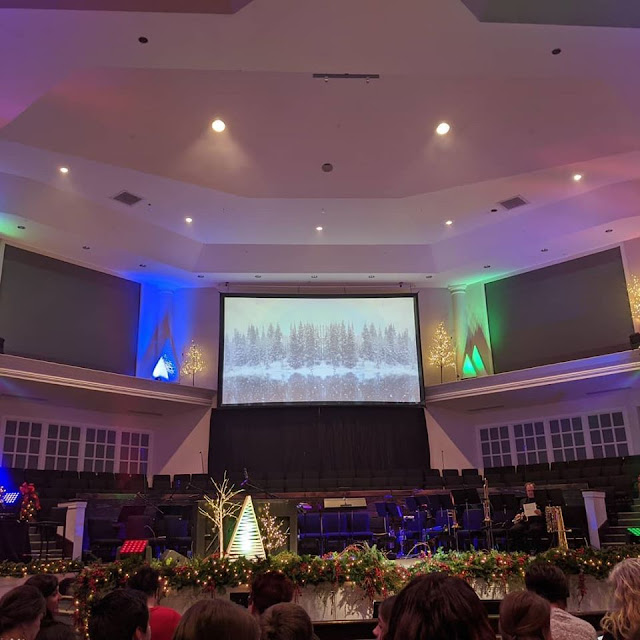 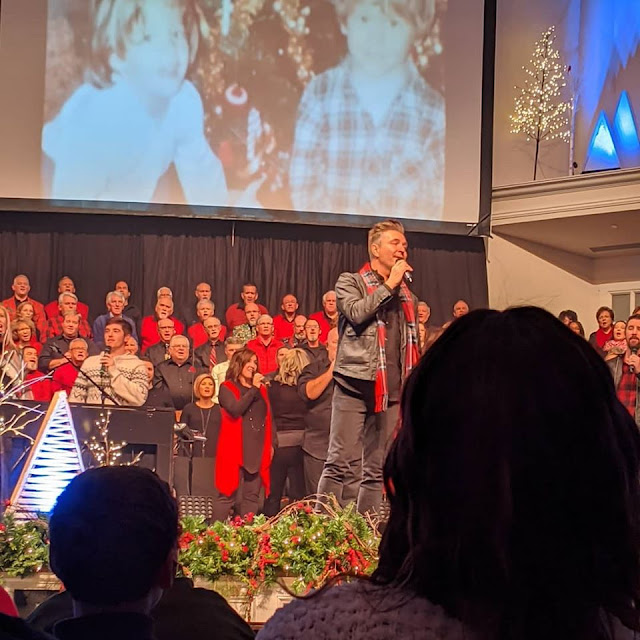 It was good!  I'm so glad we went.  It was worshipful, which is my favorite kind of concert.

After the concert we hit up a local gas station for something to munch on and for diet cokes, then we went to see some magical Christmas lights. 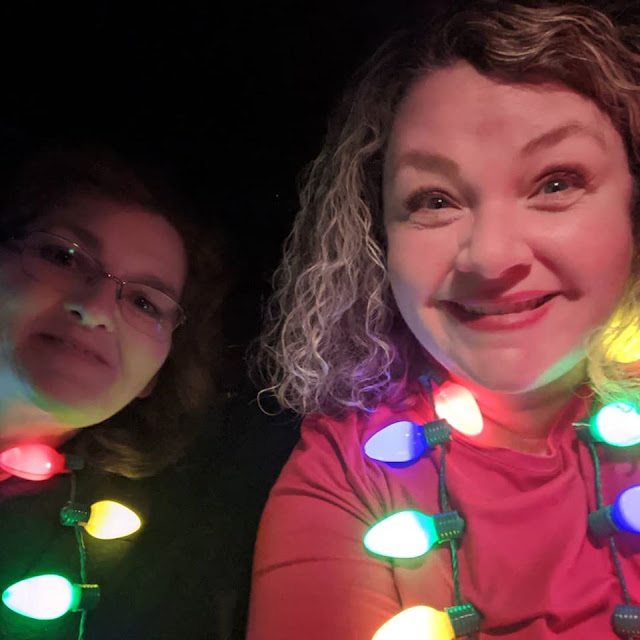 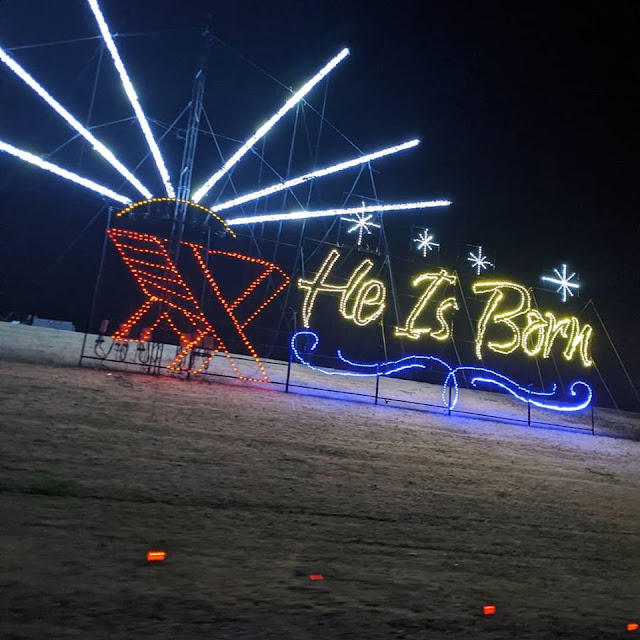 And yes, we did wear our light up Christmas necklaces.  It was the perfect ending to a perfect day.

Thanks for always being up for my adventures, Missy.  I love you.  And thank you to our most wonderful and accommodating husbands for never minding that we do these fun things.  Even more than we love each other, we both love our husbands, and we never want to take for granted them being so sweet to us.