Have you ever had the Monday-est Monday ever?  That was what today has been for me so far.  It's all better now, but by seven fifteen a.m., we were all up and downstairs and the dogs thought it was play time.  We had some storms come through and the tornado sirens were going off for a while, for our area, and then we lost our power for about an hour.  The weather passed, the power came back on, and I went to work for a few minutes then came back home before leaving for the rest of the day.

I thought I'd give a little weekend recap on what went on around here, which isn't too much, but it was lovely. 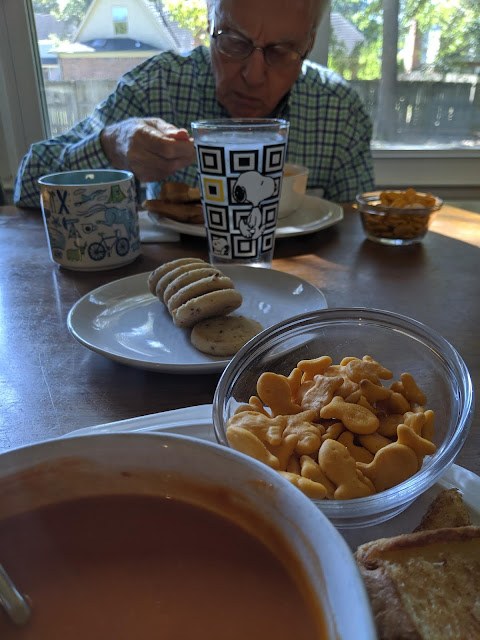 Am I a terrible person for sneaking pictures like this of my dad?  I made us lunch, because it was chilly out, and this was us, eating.  Toddley was home, too, waiting on an inspector to come, and he ate with us.  Dad and I ate roasted red pepper/tomato soup and grilled cheese sandwiches.  Todd ate the lunch I had packed for him, plus he wouldn't have like that soup.

After this, we sat and talked and solved all the world's problems (we just decided that the whole world need Jesus), and then around three, I took him home.  I visited with him and Sandy when I dropped him off, because I haven't seen her in forever, it seems.

That night, Todd and I ate at our favorite Chinese buffet here in The Ville, then he went to Lowe's to pick something up.  That's his new home away from home.  I finished a book.

On Saturday, I read TWO WHOLE books.  I'm stuck on one author right now, and I devoured four of her books last week alone.  I'm starting the fifth by her today.  Todd and Graham worked with the sheriff's department that night, and my bestie Christa came over for a girl's night in.  We ordered take out and watched a movie and caught up.  It was glorious! 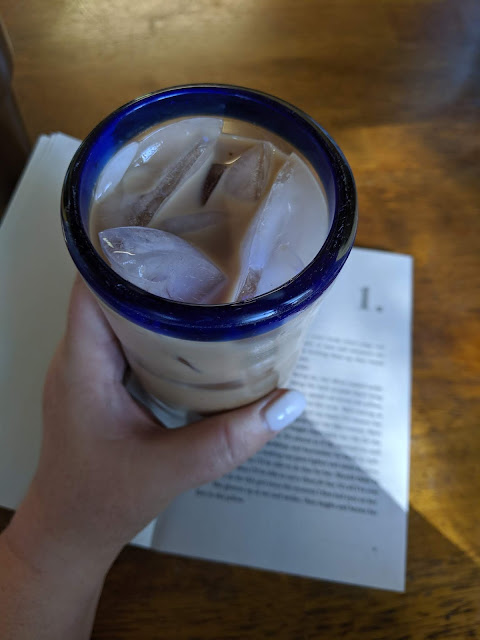 This was me around two, with my homemade pumpkin spice latte (SO much better than Starbucks) and starting book two of the day.

Sunday I had to go put gas in my car before I went to church.  (I'm rolling my eyes.)  Church was so good yesterday!  It always is.  I was back at three for praise team/choir practice, then at five thirty, I was leaving again. 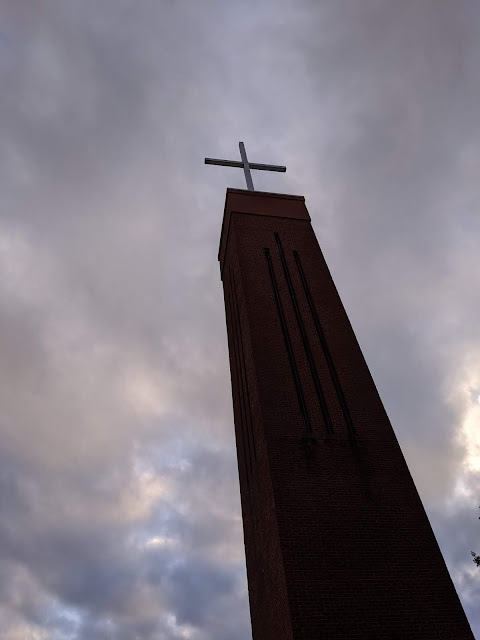 My home away from home.

I had pizza for dinner, Todd and Graham worked again, and the rest of the boys were in and out.  I caught up on New Amsterdam and went to bed shortly after.

It was a perfect weekend.  For the rest of the day, I'm spending it with my mom in love.  I owe her the birthday present we got for her (a pedicure) and we're going today because she will be having surgery on Wednesday.  It's nothing major, but surgery is always scary, so if you think of her, please pray for her along with me.  Her name is Phyllis.  This way, her toes will look pretty while she recovers.  We're also having dinner together tonight, because it's been months, it seems, since we've spent time with them.