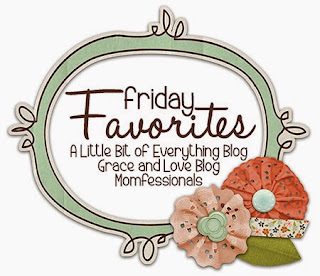 Happy Friday!  This week has been one giant whirlwind, so I am thankful I have this weekend to unwind a bit.  (Who am I kidding?  It's going to be busy again.)

My favorites from this week are all coming from one day of the week, and that was this Wednesday, Veteran's day. 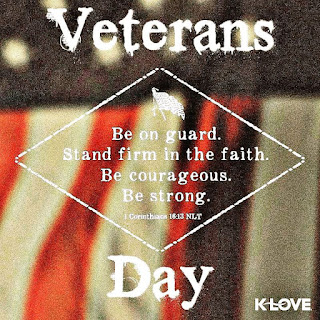 That day also happened to be Alex's twelfth birthday!  He has a sweet little set up each year, being out of school on his big day.  We used to always love going downtown for the annual Veteran's day parade, but it's been a couple years since we've been.  Just last week, my kids all asked if we could go again, with Pappaw.  (We always go with him.)  He is our favorite veteran to honor. 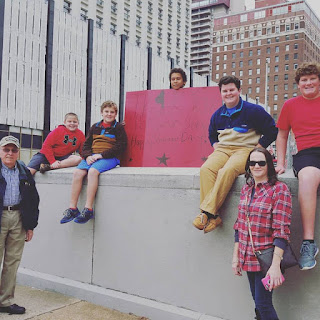 That morning when the boys woke up, Jonah asked if we had a poster that we could use to make a sign for the veterans in the parade, and I found this giant tri-fold board that my neighbor gave me a year ago.  You can't tell, but it says, "Thank you for your service."  Alex drew the stars and the stealth bomber at the top.

I look at my big kids and am shocked that they're all as old and as big as they are.  I was so excited that my sister Trish was able to go with us this year!  And even Todd came~he met us there after it started as a surprise to the boys. 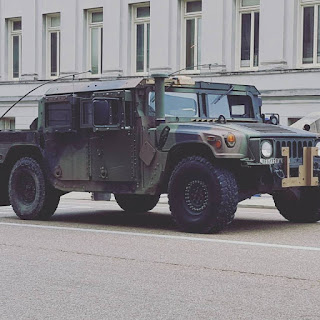 Are you ever too old to enjoy a military vehicle passing by?  I don't think so.  I was as fascinated watching as my boys were.

After the parade, we went to eat lunch at our favorite downtown restaurant, The Arcade. 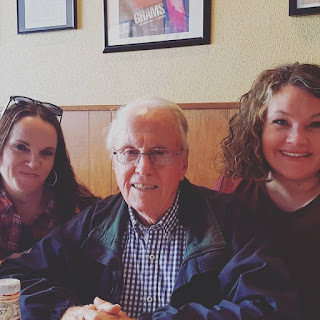 Left to right are Trish, Daddy and me.  We love him so much!  I love spending time with all my sisters.  They're some of my favorite people to have fun and laugh with, and I miss seeing all of them!  I am very thankful that I have at least one sister near me.  Just a funny fact, when Drew was a baby, she moved to Michigan for about a year.  At the time she moved, we lived a couple of streets away from each other.  I could not drive by her street without crying, and I was an emotional wreck the entire time she was there.  We went and visited them that year, in Michigan, for Thanksgiving, and it's one of my most fun memories of all time.  We got there and were basically snowed in the whole time, but it was fun being together.  I love you, Trishy!

After lunch, we did our usual thing and went across the street to the Amtrak station.

The boys love to go out and look at the railroad tracks.  I threatened some of them, AHEM, ALEX, within an inch of their lives if they didn't smile at me. 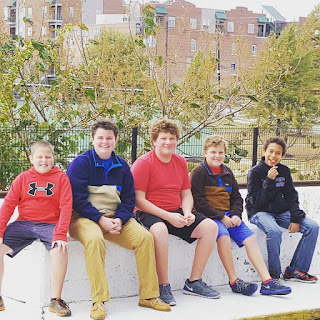 And the big boy (Todd) had the idea to put pennies on the track, because for the first time ever since we've started going there, we had a train come by. 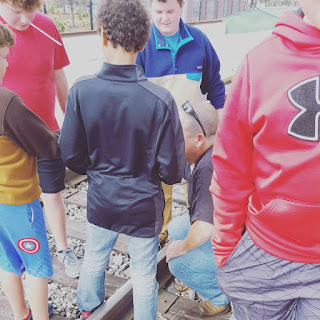 This was them picking them up and seeing where the pennies were imprinted into the train tracks.  It was really cool.  Right after this we left, and Todd, Graham and Drew went out of town for work, for one night.  The rest of us headed back home and to Academy (Alex had birthday money burning a hole in his pocket!) and later that night, Jonah and Noah went to dinner with Alex and his family, and I went to church.  I was there for FOUR HOURS.  Choir practice lasted an eternity that night, and I could hardly talk when I was done.  I was with our children's choir for one hour and then with mine for three.  Part of that was practice for the praise team that's singing Sunday, and we learned a new (to them, not me) song, so it took an extra long time.

Yesterday we skipped our homeschool group, and I didn't feel good, so I slept almost the whole day.  We had dinner with Todd's parentals last night and this morning, I am thinking that is the best and most true picture I've ever seen. 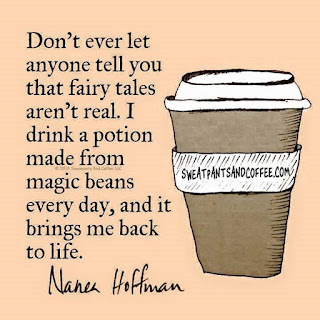 Especially because I have to leave and go work at my church from ten till twelve.  I need all the magic bean potion I can get.