This weekend was so much fun!  I feel like we did things that we usually don't, hence the fun times had.  To start us off, Todd was gone until later Saturday night, and that is NOT one of the fun parts.  But he was in Little Rock, in the wedding party of a friend from the sheriff's department.  It was a fun couple of days/nights for him, and I was glad he was able to go and get away for a little bit of fun.  Usually it's just work that takes him away.  We were going to go with him originally, but then we got the opportunity to volunteer with Compassion International at an amazing concert called Outcry.  There were tons of great artists~Passion City Band, Lauren Daigle, some rappers that I don't know, Kari Jobe, and Hillsong.

It was a little different than I thought it would be, but I was grateful that we were able to work with this amazing organization and hand out packets for children in poverty to be sponsored.  I handed out a lot of my packets and at least three children that I know of were sponsored that night.  I took my boys and three extra's. 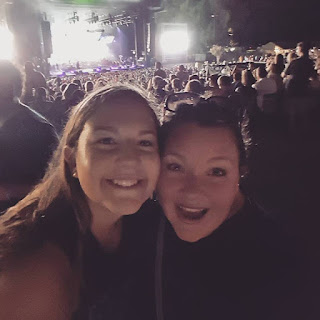 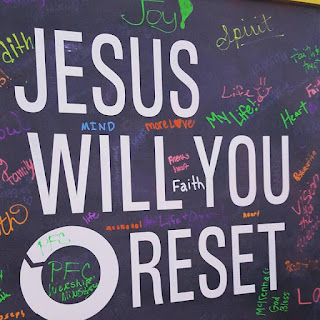 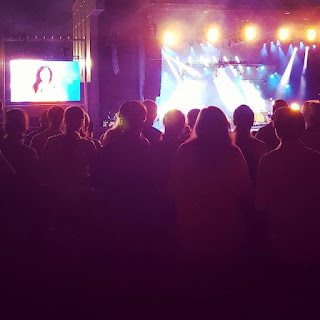 I would have gotten more pictures, but I will be honest here and say that a couple of things hindered that.  One, it was hotter than Hades, and I thought I might die.  Two, we literally stood on our feet and walked from 6:00 until 11:00.  I was B.E.A.T.  We were disappointed that because of lightning and thunder, we had to evacuate the amphitheater right before Hillsong was to come on.  I thought about staying for two seconds, but then my feet were killing me by this point, and I thought to myself, "Nope."

So instead, we went and got some food, because it's not normal to eat dinner at four thirty in the afternoon, and hello, walking?  We were so hungry! 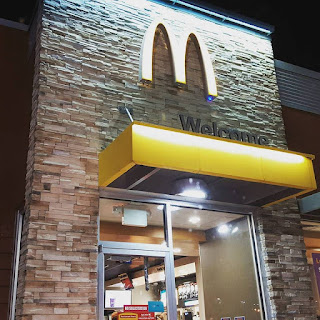 I died when I hit my bed.  I might have read two sentences in my book and I was falling asleep.  The next morning Jonah and Noah went to my dad's house to cut his grass, and I went to my mom's for a haircut.  Afterward, we went to lunch and invited Graham and Drew.  Jonah and Noah were still gone. 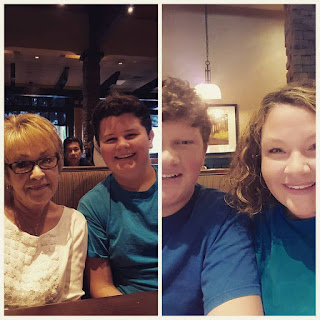 Then, I came home and took a nap with my dog.  He might be a teensy bit crazy, but he takes really good naps with me. 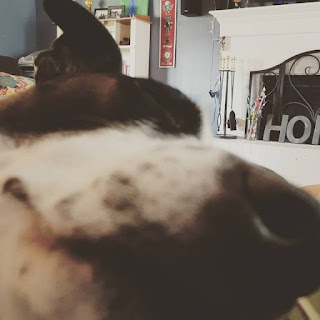 Hashtag sleepy Saturday.  We did this for a good two solid hours.  I slept for a few minutes, then I woke up and watched a movie on the Hallmark channel that had me doing the ugly cry by the time it ended.  Seriously.  It was so good!  It was called The Lost Valentine.

That afternoon, while Todd was still gone, the boys went to my mom's and stepdad's for dinner.  This was me waving goodbye. 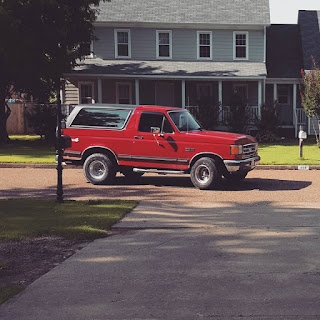 And then I got in my car and met some of my favorite people at our church, for a night out.  It was my last night of community group for this school year with these girls, and we had so much fun!  I love them all so much. 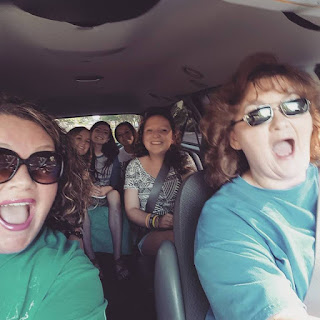 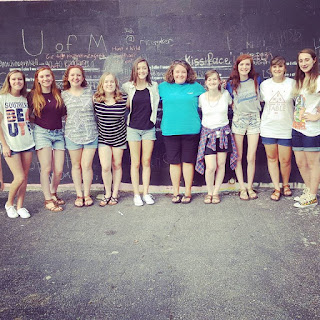 This was us at Jerry's.  They have the best food there, if you are ever in the mood for more than just a sno cone.  I had one of the best hamburgers I have ever eaten.

We got back to the church around eight, and my husband was there working on my vehicle.  I was glad to see him, and when he was finished with my car, I was thankful for his handy man capabilities and that my brake lights were working again. 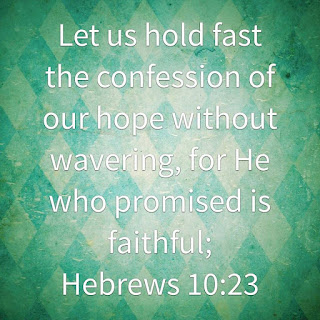 I got a text from one of the girls in an ongoing text we have going with the senior girls and about died laughing during the service.  I am the queen of inappropriate laughter, and yesterday was no exception. 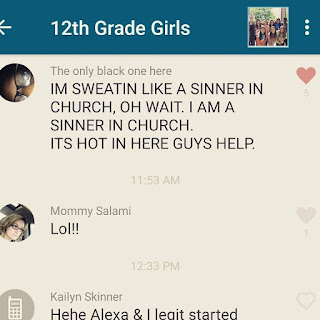 I mean, seriously, I had to bite the insides of my cheeks to keep from laughing out loud.  She is so funny and is constantly saying random things like this.  Just one of the million reasons why I love being involved with an amazing group of teenagers.

Last night was a fun time at community group, listening to a young man share about his summer abroad as a missionary.  I took this picture while they prayed. 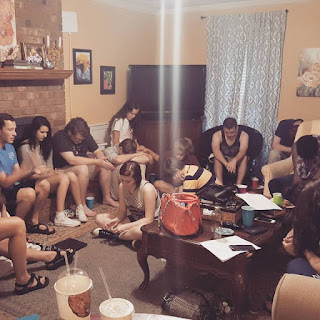 Such sweet times!  He was praying over their school year and he challenged them all to live intentionally this year and to make the most out of the opportunities given to them.

This brings me to today!  Graham and Drew had a couple of friends stay the night last night, and when they went home, we cleaned.  My morning looked a bit different than I thought it would, but I posted on Instagram that I was thankful for unexpected moments.  I am also choosing joy in all of my moments. 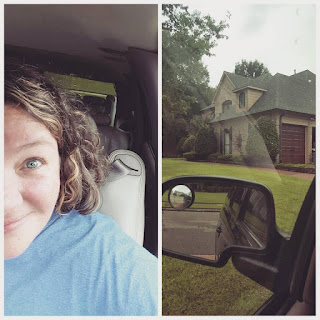 I was waiting on my sister in this picture, and I was so glad to spend even just a few moments with her today, thanks to a long line waiting to get her oil changed.  It's been a couple of weeks since we've seen each other.

After lunch and laundry and cleaning, I settled down at the kitchen table with my bible study homework. 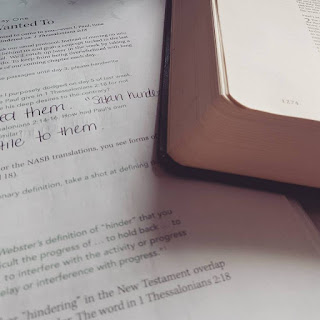 In the midst of crazy and busy and chaos sometimes, Jesus alone brings me the peace that I need.  I am honored to be able to study His word.

How was your weekend?