I haven't done a post about my kids in a long time, and since we celebrated him last night, I thought I'd take advantage of the opportunity.

As my oldest son, he is the most responsible.  He always has been, even when he was a little bitty thing.  I was always having to come up with ways for him to help me, because it's what he always wanted to do.  In the years since, that is one thing about him that has never changed.

He's the one who always shakes a service man's (or woman's) hand and thanks them for their service.

He is not shy when it comes to speaking to people he doesn't know; he's been found talking to our town's mayor, policemen, the sheriff, the district attorney, and many others.

He has a lot of common sense.

He is the one guy at community group that always offers to pray.

He has been known to make friends mad when he catches them being mean around girls. 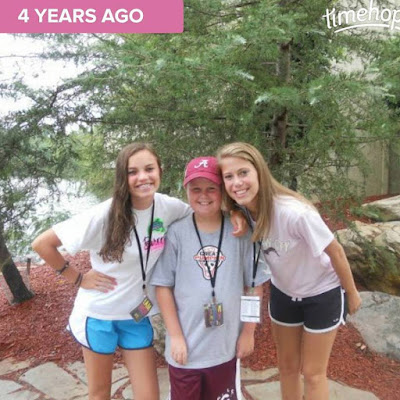 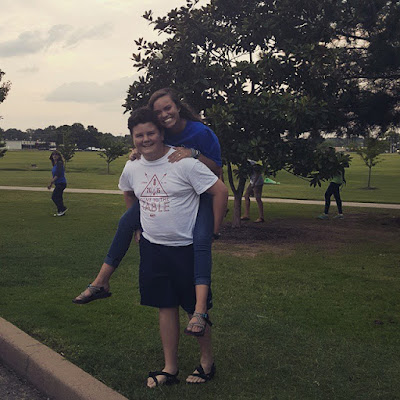 He's still friends with them, but nowadays, he's bigger than they are and he sometimes carries this one around.  (Not really, except for this one night when she didn't think he'd be able to do it.)

He always has such initiative.  For instance, in May, he found out about a citizen's police academy class he wanted to take.  Jonah is the one who told him about it, without knowing details, but Graham researched it and talked to a police officer friend of ours and signed himself up.  Without knowing anybody going, I thought that was pretty impressive.  He said the first night that he walked in, he was praying, "Lord, please let me see someone I know!"  And he did!  Not that he would have been lonely for long~he always has an easy time of getting to know people.  But his friend Cameron was there, so they sat together.  They met for the first time at age four.

And a few years later~ 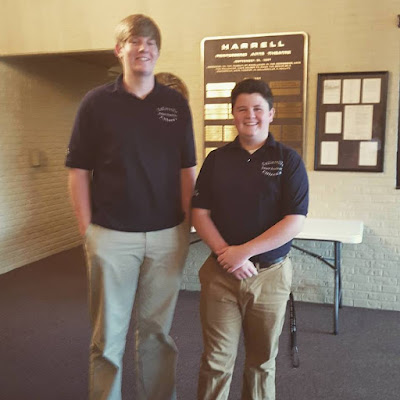 Graham really isn't that short, but Cameron is that tall.

Last night was the graduation of his class. 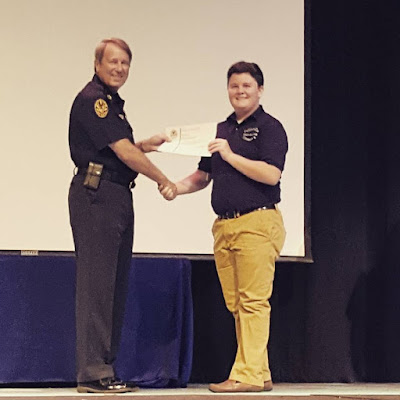 I'm so proud of him!  And his friend.  It makes this mama's heart very happy and full, knowing that he is such a responsible and trustworthy young man.  (He can still fight with his brothers like nobody's business, but this isn't a perfect world.)

Something else about Graham that makes me proud is that he filled out an interest form for being a summer missionary next year at Brinkley Heights Urban Academy, where we have Street Reach every year.  That was something else he did all on his own.  Last summer he talked to the guy who runs the place and Jason promised him that when he was old enough, that they would definitely consider him.

He would live there from the end of May until around the time that school starts back, only able to come home on weekends.

A hard thing about being a parent is the process of starting to let go of them.  I've learned to hold onto my children with open hands~because they are not mine, but God's.  I asked Him a long time ago to use them for His glory, and as I am beginning to see His plans for them unfold, I know He will continue in that.

My days with this one are numbered~I don't see him sticking around long after graduation.  I don't know what his future looks like, but I am soaking up all my moments with him.