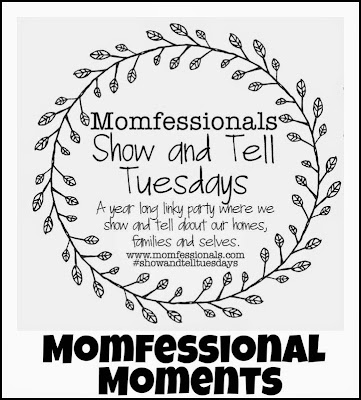 I am linking up with Andrea from Momfessionals for this post.

Momfessional: a confession about being an imperfect mom.

This is a post of random things that I do as a mom that I have never publicly admitted to anyone before.  Consider yourself warned, and please, no judging.

I have never been the kind of mom who had a bedtime routine when the boys were little.  We would go say goodnight, but aside from that, there was nothing sweet of extra special about it.  We would pray with them sometimes and kiss them, we would say I love you and goodnight, and we would come back downstairs and watch our tv shows.

Or sometimes, we would make some of those break and bake cookies and eat the entire package.

We've even been known to turn it to Disney and watch Hannah Montana, back in the days when Miley Cyrus wasn't gross.

I have never been the kind of mom who makes breakfast.  I mean, I do sometimes make them pancakes or something special, like a breakfast casserole, or sausage and biscuits, but usually?  It's cereal.  And cheese-it's with a glass of chocolate milk.  Don't knock it till you try it, either...might sound gross, but it's oddly delicious.

My house might look awfully put together in my pictures, but it's because I'm a bit of a freak about it.  I get on to my kids way too much for messing things up around here.  I know, I know...someday they'll be gone, and then my house can be perfect, but I won't lie~I like things neat and orderly.  I freak out a bit when I come home from somewhere and things are messy.  Ahem, Saturday, when my kids were alone and I came home from St. Louis.

I tend to get REALLY mad at my kids and I am hard on them.  I feel like I am, anyway.  Sometimes being a parent sucks, especially when the teenage years come.  Not always, just sometimes.

I do not love animals.  I sometimes wish we didn't have any, but my husband INSISTED that we let the boys have dogs, and I caved.  And now that we're about to have to make a decision on the oldest one, I really hate it.  I didn't want the dogs and I am the one who is super attached.  And deciding on whether or not an animal should keep on living or be put to sleep is another thing that sucks.  The things we do for our kids...

I sometimes sing things to my kids.  Like, instead of telling them what to do or how to do something, I sing it to them.  And. They. Love. It.  ;)

I secretly take pictures of them all. the. time.  I'm so good at it, seriously.

As much as I love them, I feel the need to get away from them, every once in a while.  I am thankful that I have teenage girls to hang out with, who humor me.

When they were little, I was glad I had someone to watch all those awesome animated movies with...The Incredibles, Finding Nemo, Toy Story...now that they're older, I have been known to sit and watch my favorites without them (Tangled).

I have secretly picked out the girls I think they should pursue, and someday, marry.  And I pray for their future wives forever, and I have since they were little bitty.

Well, my brain is done for tonight.  It's been a long day!