on not being in control, a bit of anxiousness and trusting in God

I think sometimes that I am a bit of a procrastinator when it comes to trips.  I make lists and lists of things to do or to pack, but when it comes to actually starting the task of packing, I always wait until the last minute.  I do this for myself and I did this with Graham and Drew as Friday came.  Also, the fact that we don't have THAT many clothes factors in~we wear what we have, so until things are all washed and the day comes to pack, what's the point?  That being said, Friday was a busy day.

We had lunch with my dad, but my mind wasn't there and it wasn't in our conversation after lunch.  I kept on thinking of things to tell them or things to add to their list.  And it was a busy morning of laundry.  I am not sure why I didn't wash clothes for almost two days straight, but I had a mountain of dirty clothes to wash.

I also had several errands to run.  After lunch we went to the bank, then my dad and I came home and Graham, Drew and Jonah went to Academy, Target and Walmart.  (Noah went to work with Todd Friday.)  It's nice having an extra person to run errands for me!  That driving thing really pays off.  ;)  After all the errands and after my dad left and all the laundry had been washed, dried and folded, we settled into the task of packing.  Until dinner, when we met my in-love's at Pyro's for some amazing pizza.  We ate, we laughed until we almost cried, and we took pictures. 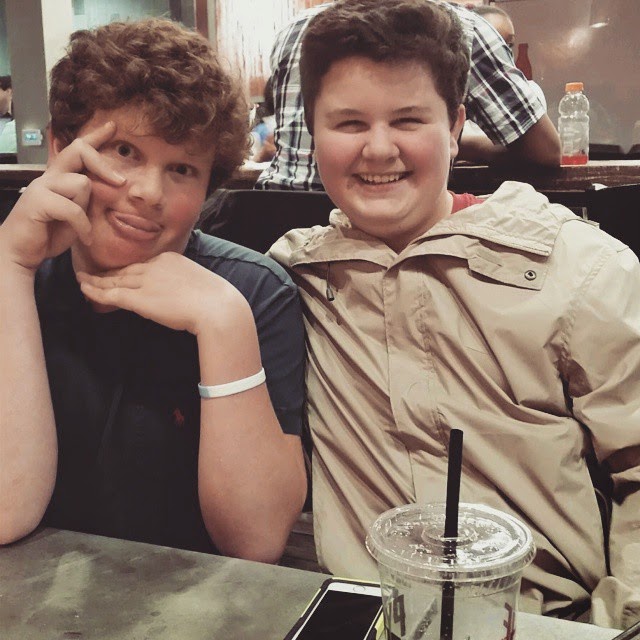 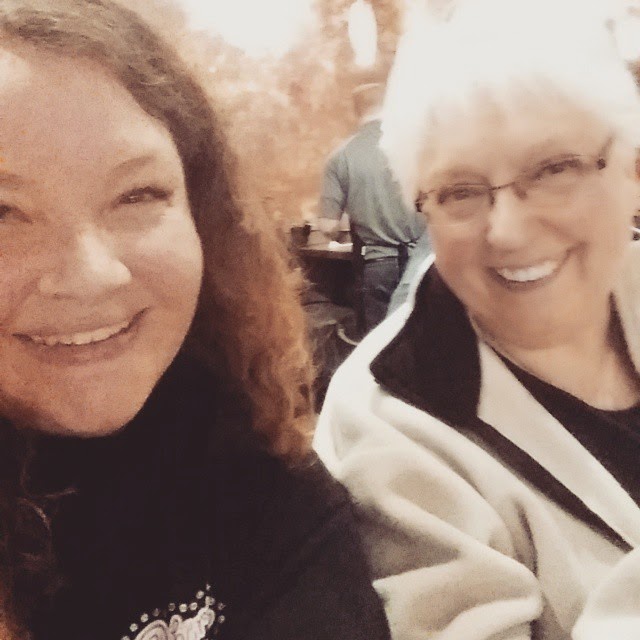 I love the laughter that we share as a family.  My father-in-love laughed so hard at Drew that he had tears in his eyes when he left to go home.  I don't know that anybody ever told me how much fun (though sometimes not fun and stressful) being a mom to these boys would be.  We have our moments, trust me, but the good always far outweighs the bad.  I thank God for the crazy that is my life and I try to never take advantage of one moment.  One reason for all the laughter is because when I got to my car, Drew was in the backseat in just his shirt and underwear.  Something from the bathroom got all over his shorts and he couldn't stand the feeling and he took them off.  You literally never know what that child is going to do.

We came home and the boys finished off their suitcases and we went to bed.  Until a few hours later, when we all woke up at three.  We were at the airport by 4:40 and saying goodbye an hour and a half later. 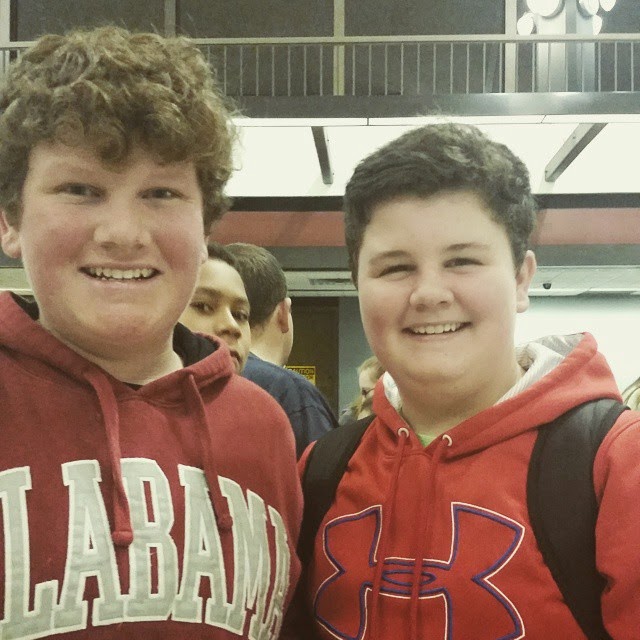 I was hoping to get a group picture, but because of the crazy that happened at check in, that wasn't possible.  I was also hoping that we could pray together before they left, but that didn't happen either.  I'm thankful I got the chance to pray with them in the car on our way to the airport.  I miss their faces!  Their flight was on a small(ish) plane and they had to make an unexpected landing in College Station, Texas to refuel.  (????)  Drew might have had a mini-come-apart in the plane when the landing gear came out~he thought the engine had fallen out.  God love him.  And thank the good Lord for my sweet friend Laurie!  She sat with him on the plane and was able to keep him calm.  She's their mama this week.

They were stuck on the ground because of dense fog in Houston.  That made them miss their flight to Guatemala.  When they finally made it to Houston, they could not all get on one flight.  So after staying at the airport all day, two of them flew out that night into Guatemala.  The rest of them slept in the airport.  I got these pictures from my friend Laurie, on her Facebook. 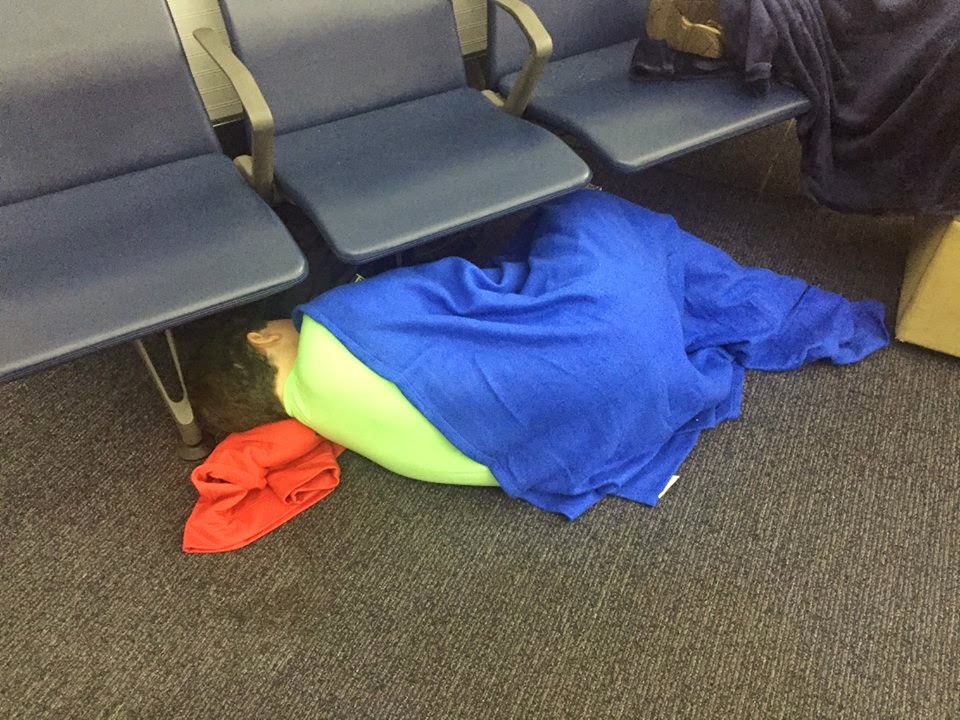 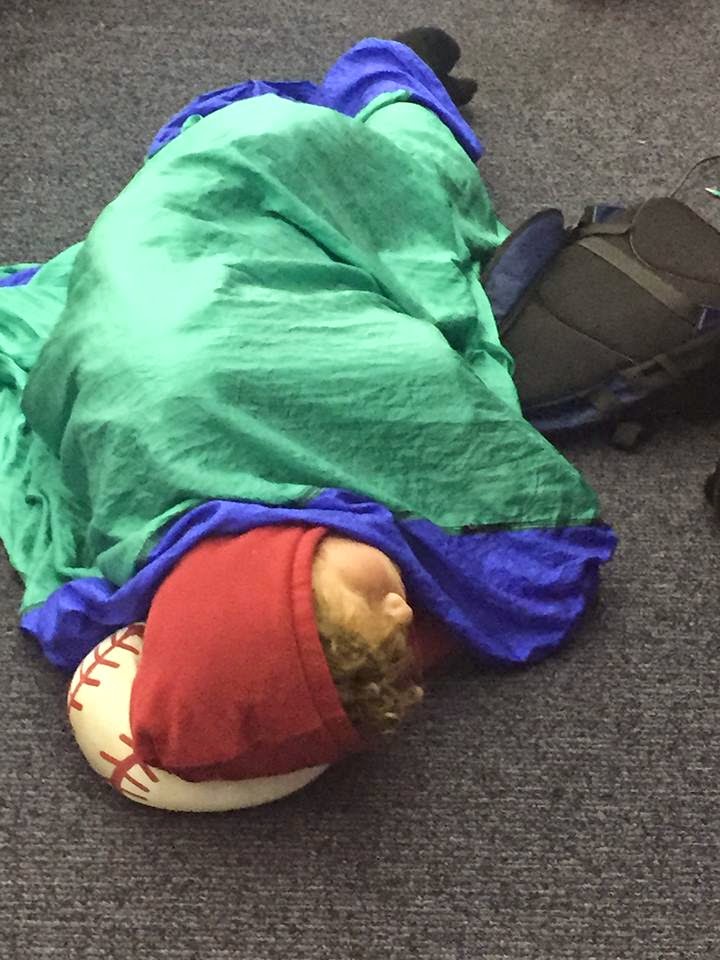 God love them.  Half the group flew from Houston to Guatemala yesterday morning, around nine something.  The rest of them flew from Houston to Mexico City at eleven something.  They had a bit of a layover there, then left again at 4:25.  My two were on that flight into Mexico City.  They finally all made it, and as of last night, all the team was finally together again.  My mom-in-love posted this: after 38 hours, 5 airports and 4 planes, they are finally in Guatemala!  I got this picture that somebody took of them all at Casa Alleluya last night after the last of them arrived. 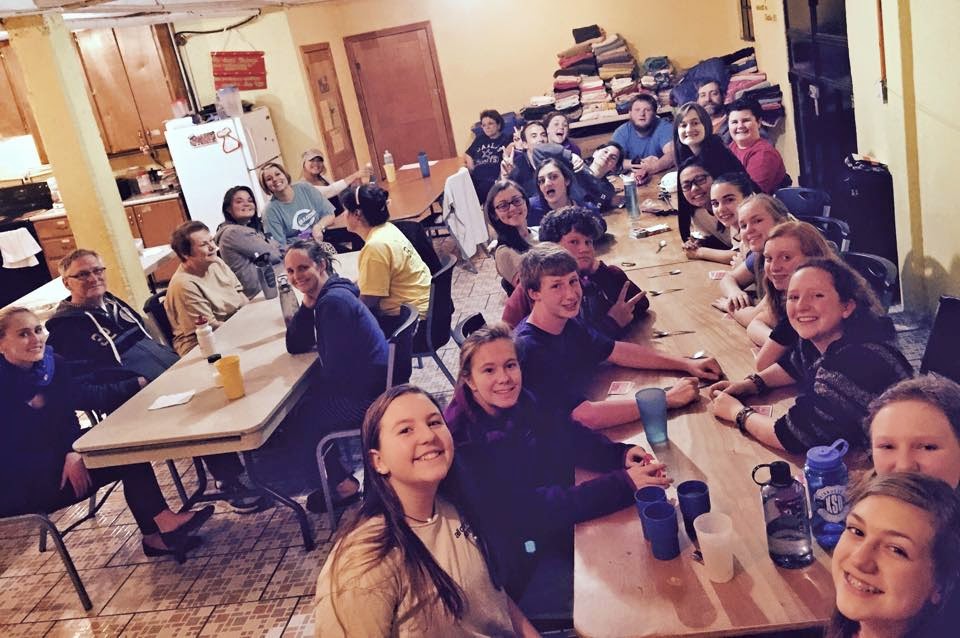 So about the title~here goes.  I've been fortunate enough to have gone on one mission trip.  I learned then that these kinds of trips are exceptional at stretching your faith.  You learn very quickly that you have absolutely ZERO control over anything that goes on.  You are completely at the mercy of God and whatever circumstances that happen, weather that is a volcano erupting (like when we went to Iceland) or dense fog and missed airplanes.  For a control freak like me, this is a wonderful opportunity to trust on God.  Because when things like that happen unexpectedly, who or what else do you have to trust in?

Nobody.  And no thing, for sure.

I'm guessing by now that you have probably picked up on the little fact that I tend to struggle a bit with anxiety, or feeling anxious.  I could very easily go off the deep end in these times, but I have learned to quote Scripture and to pray my way through the moments that I'm struggling.  I'm not saying that an instantaneous euphoric feeling comes over me when I start thinking of certain verses I've memorized or when I start to pray, but I do know that when I start praising God for all that He has done, it takes my mind off of ME and puts it on HIM.  For instance, in a moment of freaking out when I learned that they would be on a plane to Mexico City without my friend to be there for Drew, I started thanking God for His protection, for His provision and for the fact that His thoughts and His way are much better than mine.

The more I repeated that, the better I felt and His peace washed over me.  Also, all day Saturday, I kept on thinking of one of my favorite passages of Scripture in the Bible.  And I know it wasn't me just randomly thinking of this.  I know that it was the Lord who laid it on my heart.

Proverbs 3:5-6  "Trust in the LORD with all your heart and lean not on your own understanding; in all your ways acknowledge Him and He will make your paths straight."

My advice for times of stress or turmoil or chaos or feeling out of control or being anxious?

Thanks for reading my blog.  :)  You might have to put up with posts like these until Saturday, but I'll try to not be redundant.  In the meantime, I hope you have sunshine today like we do!  I plan on taking some rowdy boys to the park to play.  Tonight is Jonah's and Noah's birthday sleepover.  Tomorrow we're going to my dad's house for an air soft gun war.  !!!  Sounds fun and a tiny bit dangerous.  I'll post pictures, though, I promise.  :)  Love to all!
at March 16, 2015